Skip to main content
Home » COVID » Did You Know That 20% of People Sleep With Their Eyes Open? 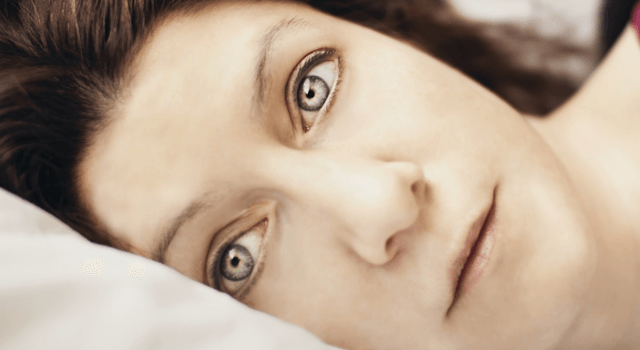 Ever heard the saying “to sleep with one eye open”? It’s generally used as a metaphor when advising one to stay vigilant. But sleeping with eyes open is a common eye and sleep disorder known as nocturnal lagophthalmos. In fact, the National Sleep Foundation estimates that about 1 in 5 people sleep with their eyes open.

This condition is problematic because it can interfere with sleep and impact eye health. People may not get as much sleep, or sleep as soundly as they’d like, due to the pain and discomfort caused by the eyes drying out during the night.

Nocturnal lagophthalmos generally indicates an underlying medical condition, such as a thyroid problem or an autoimmune disorder. If upon waking you experience irritated, dry, tired, red, or painful eyes, or if you suspect you might be sleeping with your eyes open, speak with Sophia Gerritsma at Rosser Optometry today.

What Happens When You Sleep With Your Eyes Open?

People who have nocturnal lagophthalmos may not even know they have it. It is difficult to evaluate whether your eyes are closed when you're actually asleep. However, some important indicators may point to the condition, including:

Why Do We Close Our Eyes to Sleep?

There are several reasons why it’s important to close our eyes while we sleep. Closed eyelids block light, which stimulates the brain to wakefulness.

Closing our eyes also protects and lubricates the eyes while we sleep. If your eyelids don’t close, your eyes become more susceptible to dryness, infections, and debris that can scratch and damage the cornea.

Why do Certain People Sleep With Their Eyes Open?

There are a number of reasons people might sleep with their eyes open. The most common reasons for nocturnal lagophthalmos include:

Problems With Facial Nerves and Muscles

Issues with facial nerves and muscles surrounding the eyelid can cause the lid to remain open during sleep. Weakness in facial nerves can be attributed to several factors.

Eyelids can become damaged as a result of surgery, injury or illness, making it difficult to fully close the eyes during sleep. Furthermore, a condition known as floppy eyelid syndrome can also interfere with eye closure, and is often associated with obstructive sleep apnea (OSA). OSA is commonly linked to eye diseases like glaucoma and optic neuropathy.

A common symptom of Grave’s disease, a form of hypothyroidism, is protruding eyes. The bulging eyes, known as Graves’ ophthalmopathy, can prevent the eyes from closing.

Can Nocturnal Lagophthalmos Be Treated?

This condition can be treated in several ways, depending on the underlying cause and severity of symptoms. Treatments include:

Make sure to consult your eye doctor before undertaking any of these treatments.

Because nocturnal lagophthalmos sometimes signals an underlying condition, it is especially important to contact Sophia Gerritsma at Rosser Optometry in Nerang for a proper diagnosis and to receive prompt treatment. If nocturnal lagophthalmos is left untreated for an extended period, patients risk seriously damaging their eyes and vision.